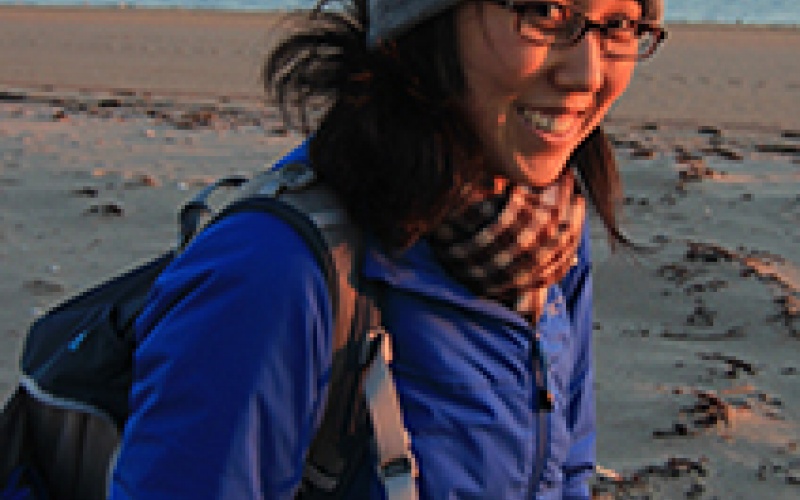 Grace Pan, an undergraduate Physics major at Yale, has been selected as a prestigious Barry Goldwater Scholar for 2016. Pan was chosen for her work on the synthesis and characterization of materials.

The Barry Goldwater Scholarship Program was created to encourage outstanding students to pursue research careers in mathematics, the natural sciences, or engineering and to foster excellence in those fields. Pan is planning to pursue a doctorate in physics and continue to conduct research in experimental condensed matter physics, and to teach at the university level. “My eventual goal is to be a physics professor, so it is rewarding to acknowledge my work and learning thus far at Yale, and satisfying to think that pure physics has an important place in society”, she said.

Since her sophomore year Pan has been working with mentor Judy Cha at the Energy Sciences Institute at West Campus, where she studies the synthesis and characterization of materials with interesting topological properties. “Grace has really tapped into fascinating new physics. Her work is incredibly promising for our use in energy storage and quantum computing applications in the future, and I’m delighted she has been honored with a Goldwater Scholarship”, said Cha, the Carol and Douglas Melamed Assistant Professor of Mechanical Engineering & Materials Science.

Trustees of the Barry Goldwater Scholarship and Excellence in Education Foundation awarded 252 scholarships for the 2016–2017 academic year to undergraduate sophomores and juniors from the United States. Scholars were selected on the basis of academic merit from a field of 1,150 mathematics, science, and engineering students who were nominated by the institutional representatives of 415 colleges and universities nationwide.

The Barry Goldwater Scholarship and Excellence in Education Program was authorized by the United States Congress in 1986 to honor Senator Barry Goldwater, who served his country for 56 years as a soldier and statesman.