Students and trainees representing numerous research fields came together April 23rd to share their research at the much anticipated annual ‘All Points West’ symposium at Yale’s West Campus. The event was the third in the series and the second year it has been held virtually. 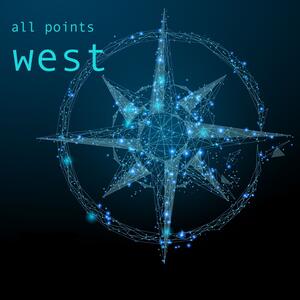 This year’s symposium was spearheaded by West Campus trainees Josie Jacob-Dolan, Jennifer Troiano, Tayah Turocy, Sarah Ostresh, and Michael Grome, and featured flash talks from junior scholars from all seven of the Institutes at the campus, an alumni panel, and time for social networking.

Opening the symposium, Michael Crair, Vice Provost for Research with responsibility for West Campus, paid tribute to the “remarkable efforts” of the student organizers during this tumultuous year.

“All Points West embodies everything that the West Campus is and aspires to be – a place where scholars from different backgrounds and disciplines come together to try to solve some of the world’s greatest challenges,” he said.

With little sign of fatigue for ‘virtual’ gatherings, each trainee presenter was greeted with enthusiastic support from over 150 colleagues and their teams from across the campus.

Our warmest congratulations to all of the presenters at this year’s symposium, who once again set the highest standard with their research talks. Particular congratulations to this year’s vote winner of the ‘audience favorite’ Kevin Li for his presentation Expanding the Genetic Code. Li is an undergraduate student in the Isaacs Lab at the Yale Systems Biology Institute.

Chat in the social breakout rooms was no less optimistic for the year ahead and the rejuvenating effect of the spring All Points West event.

“We look forward to this event every year! Seeing students from across campus really helps build our community,” said Courtney Smith, graduate student in the Lemmon Lab at the Yale Cancer Biology Institute, and organizer of the first symposium in 2019.

The student leaders of All Points West are enthusiastically supported by the efforts of staff at Yale West Campus Administration and through valued partners at the Office of Career Strategy and the McDougal Graduate Student Life.

Trainees at West Campus are invited to get involved in the West Campus Student and Postdoc Committee, which welcomes new members at any time.