It was April 1999 when a client of Paul Messier came to him with a straight question: was his recently purchased photograph really by American sociologist and landmark photographer, Lewis Hine? 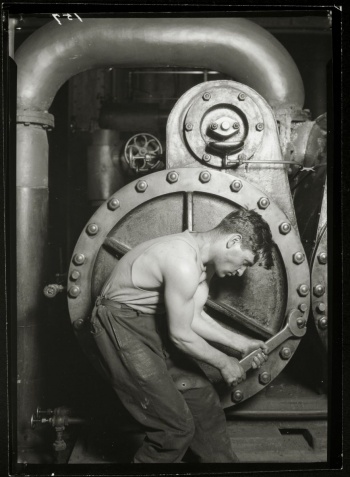 The print, of Hine’s famous Powerhouse Mechanic, had come onto the art market in the late 1980s. To establish authenticity of the photograph, Messier, a private art conservator in Boston at the time, relied on available secondary sources such as back printed manufacturer logos, paper fibers, and fluorescence to determine the print, and many others from the same source, was a deliberate fraud made after Hine’s death in 1940. “These prints eventually were subject to a FBI investigation. With such high stakes, I really should have been able to bring firsthand knowledge based on materials, but I felt somewhat exposed - being reliant on my own interpretation of secondary sources was a major problem,” explains Messier, now head of the Lens Media Lab at Yale’s Institute for the Preservation of Cultural Heritage (IPCH).

In the early 1990s web-based consumerism, coupled with the notable rise of a certain online auction site, began to seep into public consciousness. For the first time, photographic papers and other primary sources from the medium’s history were there for the taking.

What Messier calls “the genome of the photographic medium” was up for sale. “With analog photography being replaced by digital photography, we had a fairly narrow window to establish a baseline. The opportunity was to aggregate these historic materials and conserve them for further study,” recalls Messier, who set to amassing a photographic paper collection, now considered the largest of its kind in the world, that is presently housed at the IPCH at West Campus. 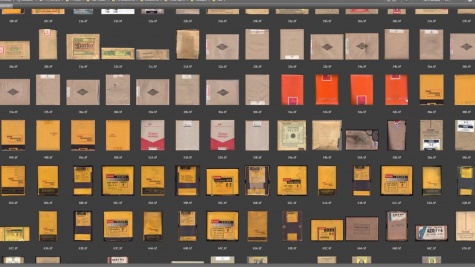 Photography exploded as an accessible and broadly popular medium during the first decades of the twentieth century. Prior to the mid-1940s, black and white photography was the preeminent medium for visual communication, pre-dating television, color photography, and color printing in glossy magazines. “The diversity and differentiation in black and white prints is sometimes subtle, sometimes dramatic, but it always serves the intention of the photographer. Before mid-century there was a huge range of materials to support a broader spectrum of expressive and functional possibilities,” explains Messier, who began to examine ways to classify this diversity.

“The manufacturers created a language for their products. Every package of paper described four basic attributes of paper: thickness, gloss, color, and texture. I started with that,” recalls Messier.

Thickness, color, and gloss are measured simply, but the measurement of texture required a more complex and innovative approach. Among the four key variables photographers were fluent in, texture provokes a complex visual and tactile response. Heavier textures serve to generalize detail and assert a more physical presence that can imply timelessness and subjective interpretation. Rougher textures also show a visual affinity to more traditional art making media such as intaglio printing and lithography. On the other hand, smooth paper, such as that used by Ansel Adams, can be used to break down the picture plane, inviting the viewer past the paper surface and into the composition.

“If we could analyze the tactile properties of the paper, we could begin to understand the subtle cues that help reveal the intentions of the photographer,” continues Messier. “And putting numbers to the range of the variables navigated by every printer tells you what you’ve got; and you can prove it.” 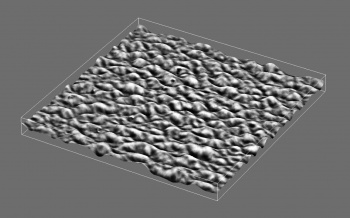 Collaborating with the Museum of Modern Art, signal-processing techniques were used to develop algorithms for classifying texture. From this baseline, Messier started to turn his collection of photography materials into a substantial data set. In isolation, the dimensions of thickness, gloss, color, and texture meant very little, but Messier turned back to his baseline, back to the genome of photographic history.

“We went back to our thousands of papers to contextualize these data,” he continues. Through some creative visualization schemes, Messier developed a new methodology to categorize and compare papers. Representing the “expressive dimensions” of the paper in three-dimensional wireframe surface diagrams, these visualizations are part of databases being assembled at the lab documenting the work of notable photographers. Categorized by manufacturer, date, and artistic preference, this work amounts to a fingerprint database of photographic papers and preferences that now enables conservators, curators, and other scholars to effectively compare prints, by Lewis Hine and others, without bringing samples into the same room.

Returning to Hine’s iconic American photograph, Messier is comfortable justifying his research to those who suggest he is replacing the fun and subjective interpretation of photography with cold hard fact. “Our analysis establishes the important relationship between the print, its moment of creation, and the photographer. We can answer basic scholarly questions about why, when, and where these prints were made. This work doesn’t replace traditional connoisseurship but instead insures that it is based on what an object tells us,” answers Messier.

Making his data available for further scholarship is helping the field elevate photography as a fine art medium, something that continues to drive the work that brought Messier to Yale. “To do so, we need to clarify the relationship between photographer and the print. When was it was made, and how? It’s simple to think of photography as just images, but it is important to remember that photography is also a physical medium. More than ten years on, we have moved past secondary sources to a point where the medium itself can help us address vital scholarly questions of attribution, stylistic development, and spheres of artistic influence.”