Humans have been harnessing microbial activity since our earliest efforts to turn barley into beer or grapes into wine.

But beyond the ecological theories at the heart of fermentation, engineering whole bacterial communities has thwarted scientists because of the unpredictability of nature itself - species move in, species move out: change is constant. 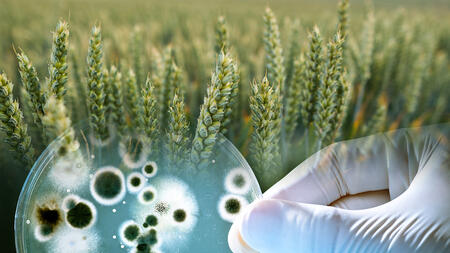 In findings published today in Nature Ecology & Evolution, a team of researchers at Yale’s West Campus have turned the tables on previous work to manipulate communities of microorganisms, also known as microbiomes, to perform specific functions by breeding them.

The question of whether groups of organisms respond to evolution as a collective – through so called multi-level selection - has been studied for decades, but with mixed results.

“The idea of breeding whole microbial communities is immensely exciting, but previous attempts have not always worked and it was not clear why. We wanted to understand what had gone wrong in previous experiments, including our own” explained senior author Alvaro Sanchez, Assistant Professor of Ecology and Evolutionary Biology at the Microbial Sciences institute.

For artificial selection to work, genetic variation between groups needed to be boosted through the continuous introduction of new strains and the elimination of others.

But in earlier studies Sanchez found that species evolution alone was insufficient to meet this need, with spontaneous mutations failing to compensate the loss of genetic variation caused by selection.

Using computer models to simulate growth, the team approached the problem from a totally different perspective.

First, microbial communities had to be in a stable state before they were selected for breeding. But then, after selection, instead of removing variation the scholars ‘fed’ new genetic material between communities, resulting in an increase in average function.

“Previous techniques for breeding microbiomes effectively removed the variation needed for selection to act,” said Yale graduate student Jean Vila, a co-author of the study. “By drawing inspiration from the field of directed molecular evolution we have come up with new methods to generate stable variants which we can then select.”

Whether tackling pathogens on plants or in the healthcare setting, or in refining ethanol products, the scholars’ new protocol holds significant promise for wide deployment wherever the collective function of stable bacteria are beneficial.