Tree of life brought to scale by Yale scientists

Examples of biological scaling are everywhere. The paw of a mouse is smaller than the human hand. Our own organs and limbs typically scale with our body size as we develop and grow.

Scientists at Yale have shown that this same phenomenon exists at the subcellular level in the smallest bacteria, where the size of the nucleoid – the membrane-less region containing the cell’s genes – also scales with the size of a bacterial cell. 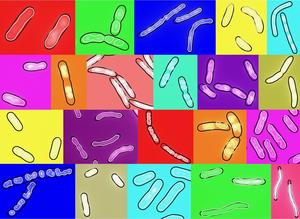 Absent a membrane or “envelope” associated with biological scaling in other life forms, scientists have remained unclear about the presence of scaling in bacteria for over a century.

Published today in Cell, researchers at the Yale Microbial Sciences Institute have concluded that this scaling effect occurs across different species of bacteria at the single-cell level, with the nucleoid growing at the same rate as the cell independently of changes in DNA content.

Led by Christine Jacobs-Wagner, William H. Fleming, MD Professor of Molecular, Cellular, and Developmental Biology, the research shows that the scaling trait was likely present billions of years ago, predating the development of intracellular membrane structures.

Alongside first authors William Gray and Sander Govers, graduate student and postdoctoral associate in the Jacobs-Wagner Lab, the work establishes for the first time that biological scaling exists across all three taxonomic domains of life: the Archaea, Eukarya, and now the Bacteria.

The findings identify general organizational principles and biophysical features of bacterial cells, expected to inform scientific advances looking into the constraints of how a cell is built.