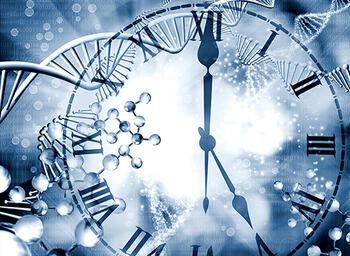 Living cells usually stay put in their ‘assigned’ areas within an organism, but now and then they start moving to ‘invade’ the surrounding areas. This happens for many reasons, for example in wound healing or the metastatic spread of cancer.

In so called ‘invasive migration’, cells find themselves in dense molecular matrices that lend the elastic properties giving tissues their shapes and forms. Until now, these intricate cellular movements have been little understood.

Published in Cell Systems, researchers at Yale and the University of Minnesota (UMN) have discovered that the migration of cells though confining spaces is controlled by a kind of molecular clock.

“We were surprised to find that cancer cells or cells that arose from healthy tissues moved in periodic steps”, said Andre Levchenko, Director of Yale’s Systems Biology Institute, and lead author of the study.

Using a combination of diverse experimental techniques and modeling, Sung Hoon Lee, a postdoctoral associate in the Levchenko lab, worked with researchers at Yale and UMN to unravel the molecular network inside the cells and the carefully separated ‘beats’ controlling cell movement.

Offering potentially significant insight for future clinical interventions, the scholars found that they could adjust the frequency of the molecular clock, effectively speeding up or slowing down the moving cells, sometimes by as much as two or three-fold.