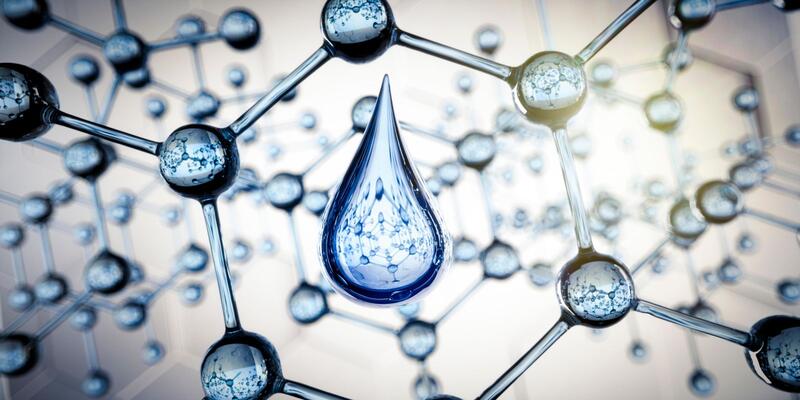 From the creation of a single droplet to the flow of a river and the world’s hydrological cycle, how water binds together, and to different surfaces, has far-reaching consequences. Examining water through a new lens, a group of scientists has redefined how this binding effect works at the level of the smallest molecule.

To date, scientists have believed that thin water films grow layer-by-layer to form recognizable liquid droplets. But by visualizing nano-sized droplets of water in action, a new study published today in Science Advances has turned this traditional model on its head.

By mapping nanodroplets on individual mineral particles, the group of researchers at Yale, Pacific Northwest National Laboratory (PNNL) and Umeå University found that water “growth” first starts near the defect edges of minerals. Thicker water films are then formed, before surface tension takes over to engulf the mineral surface and form familiar water droplets.

“This is the first time we’ve been able to see water droplets directly at the nanoscale, and to our surprise we found a selective binding effect at defect edges of mineral nanoparticles ,” said Sibel Ebru Yalcin, the study’s first author, a research scientist at Yale’s Microbial Sciences Institute (MSI) working at  the Malvankar Lab.

To make their findings, Yalcin used a novel cocktail of atomic force microscopy (AFM) and infrared lasers at the Environmental Molecular Sciences Laboratory (EMSL) at PNNL, a DOE Office of Science User facility.

“Looking at this important question in a new way, and at the nano-scale, has really solved a longstanding mystery in how water binds to minerals”, said Professor Jean-François Boily, a leading expert in chemical reactions at mineral surfaces at Umeå University, Sweden, whose lab conceived this project and gained access to the imaging facilities of the EMSL.

The lab of Nikhil Malvankar, assistant professor of Molecular Biophysics & Biochemistry, and faculty member at the MSI, recently discovered that soil bacteria use tiny protein filaments, called “nanowires,” to form an electronic connection to minerals in order to dispose of excess electrons resulting from the conversion of nutrients to energy. The lab plans to use the new method to visualize this process.

Other co-authors included Benjamin Legg, who used high-resolution AFM at PNNL, and Merve Yeşilbaş who assisted this work at Umeå University.