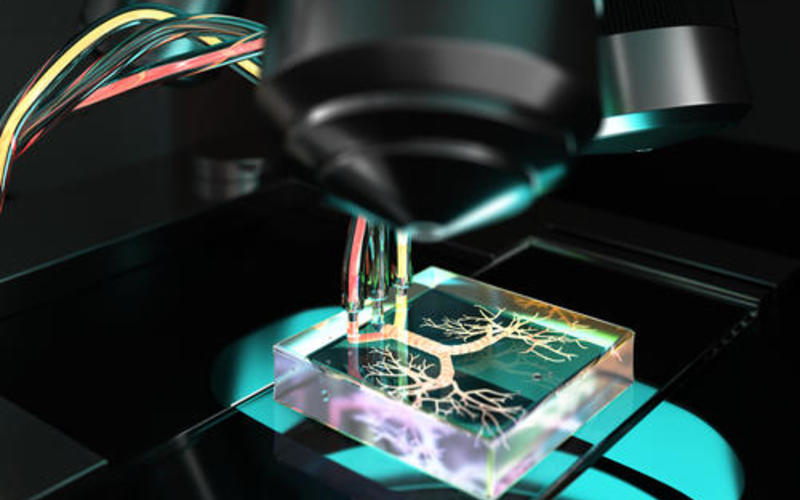 The network of tubes that deliver air into our lungs, our bronchial airways, are enwrapped by strings of smooth muscle tissue believed to be leftovers from our evolutionary past.

Scientists at Yale and Johns Hopkins have now discovered why these muscles can suddenly contract and lead to difficulties in breathing.

So called “bronchospasm” can occur both in healthy people and in those who suffer from serious respiratory diseases such as asthma or COPD, but why it acts differently was not clear.

Bronchospasm involves both mechanical and chemical interactions between different cell types, making it difficult to do a controlled study.

To address this, the scientists created a microdevice that mimics several of the physiological features of the bronchial airways. The device is able to mimic the breathing process and model a process similar to bronchospasm, in response to compression of lung epithelial and stimulation of smooth muscle cells.

Led by Andre Levchenko, Director of the Yale Systems Biology Institute, the team found new types of positive negative feedback loops can drive the bronchospasm following a trigger such as smoke. Following initial constriction, the airways activate a cellular machinery that detects mechanical stress, initiating the secretion of hormone-like compounds which can induce an additional constriction or relax it.

In asthmatic airways, the smooth muscle is hyperresponsive, which means it is more reactive and contracts much more easily in response to a trigger, leading to stronger feedbacks and extended bronchospasm.

Published in Nature Biomedical Engineering, the findings are a positive step towards improved treatment strategies for asthma and other diseases associated with smooth-muscle dysfunction.

The research was supported by grants from the National Institutes of Health, American Heart Association, American Asthma Foundation, and the Discovery Award and Catalyst Award from the Johns Hopkins University.