Paul Messier will serve as the chair of the Yale Institute for the Preservation of Cultural Heritage (IPCH), it has been announced. Messier, who is the Pritzker Director of the IPCH Lens Media Lab, will assume the responsibilities of chair on February 8th when Ian McClure stands down as the current Director. 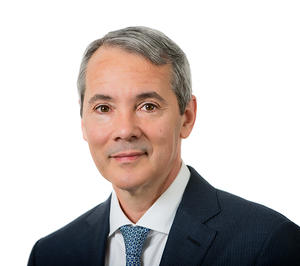 “I wish to thank Paul for his willingness to take on this role, and for stepping forward to help me and our many colleagues to realize this exciting next phase for IPCH,” said Susan Gibbons, Vice Provost for Collections and Scholarly Communication. “To Ian McClure, we all owe our tremendous gratitude and appreciation for his service as the interim director of IPCH.”

McClure continues in his role as Susan Morse Hilles Chief Conservator at the University Art Gallery.

The IPCH was established by a transformational gift from Lisbet Rausing and Peter Baldwin ’78 to unite a broad academic partnership across science and culture in service to Yale’s collections and programs, and to the conservation community worldwide.

The Institute’s full complement of labs was completed in 2015 with the opening of a leading edge art conservation lab, shared by conservators, conservation scientists, curators and students from across Yale’s collections and numerous multidisciplinary collaborations.

Provost Scott Strobel underlined the role played by McClure in growing the IPCH, initially as inaugural chair of the Conservation Lab and later as director of the Institute itself.

“Ian has been critical to the creation and continued success of the IPCH,” said Strobel. “From the earliest days, his vision inspired the development of a previously blank space into a place where everyone at Yale could collaborate in a new way,” he said.

Paul Messier, who is appointed chair of IPCH for two years, is head of the Institute’s Lens Media Lab, a position he has held since 2015. The lab has become one of the most advanced research facilities in the country focused on the preservation and interpretation of twentieth century photographs.

Before joining Yale, Messier consulted with private and institutional collections worldwide, including serving as a senior advisor for the Museum of Modern Art initiative to characterize modernist photographs in its collection. One of the largest authenticity scandals in the fine art photography market, fraudulent prints attributed to Lewis Hine were exposed through his research in 1999. Other authentication research has focused on the work of Man Ray, Dorothea Lange, and Charles-Edouard de Crespy le Prince, among others.