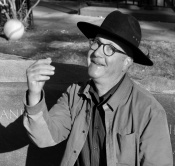 Mark Aronson has been appointed as the new Chair of the Conservation Lab at the Institute for the Preservation of Cultural Heritage (IPCH). Aronson is Chief Conservator of the Yale Center for British Art. He succeeds Ian McClure, Susan Morse Hilles Chief Conservator at the University Art Gallery and current Acting Director of the IPCH.

Opened in 2015, the Conservation Lab is a state-of-the art conservation facility shared by conservators, conservation scientists, curators and students from across Yale’s collections and numerous multidisciplinary collaborations.

With support from a major gift from Lisbet Rausing and Peter Baldwin ’78, the Conservation Laboratory brought to life a large open-plan workspace offering free-flowing collaboration across a wide range of projects— on paper and textiles, paintings, natural history specimens and modern electronic installations. The facility also houses rooms for matting and framing, a workshop for major structural treatments, and a lead-walled room equipped with a 300 kilovolt digital X-ray imaging unit.

“I look forward to continuing to partner with Ian, whose vision inspired the development of what until quite recently was a large, blank space into a multi-disciplinary shared Conservation Laboratory at Yale,” said Aronson, who was appointed on October 1 for a three-year term.

The Conservation Laboratory is sited adjacent to the IPCH research laboratories facilitating collaborative projects with IPCH conservation scientists. The successful layout of the lab ensures ample natural light from a dozen skylights across the length of the 8000 square foot workspace. A series of bay windows border its length, giving it the character of an open lab so passersby can observe and learn what is going on inside.

Aronson received a B.A. from Reed College, an M.S. in the conservation of art from the University of Delaware, and a certificate of study in painting conservation from the Center for Conservation and Technical Studies at Harvard’s Fogg Museum. He is particularly interested in old and modern master painting techniques and attitudes toward restoration. He has spoken and published on the history of conservation at Yale, the treatment of Italian Renaissance painting, Sir Joshua Reynolds, the Anglo-American artist Benjamin West and the Haitian painter Louis Rigaud. Sculpture about baseball is a sideline.