Linkage between evolution of pregnancy and cancer spread explained 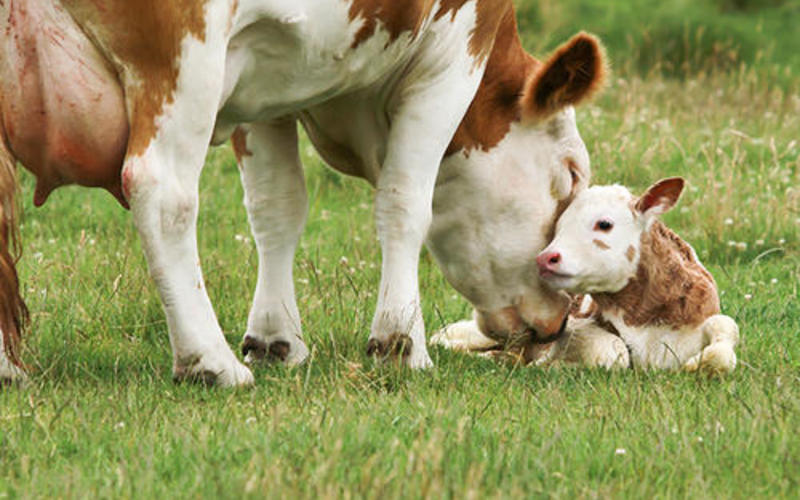 Scientists at Yale have explained a potentially important connection in the evolution of mammalian pregnancy and the spread of cancer.

In many mammals, including humans, the placenta invades the wall of the uterus in much the same way that cancer cells invade the surrounding tissues at the outset of metastasis. But in other mammals where the placenta does not implant as invasively —including horses, cows, and pigs—skin cancers rarely metastasize.

To explain this apparent coincidence, scholars at Yale’s Systems Biology Institute investigated the “evolution of invasibility”, or “ELI”, of connecting stromal tissue, that affect both placental and cancer invasion.

“We wanted to find out why, for example, melanoma occurs in bovines and equines but remains largely benign, while it is highly malignant in humans.”

Published today in Nature Ecology & Evolution, the scholars focused on differences between cows and humans in the rates of cancer cell invasion rather than differences in rates of tumor origination examined in previous studies.

Dr Kshitiz, a Research Associate in the laboratory of Andre Levchenko, director of the Yale Systems Biology Institute and the John C. Malone Professor of Biomedical Engineering, worked with the Wagner and Levchenko labs on in vitro models and experimental gene expression manipulation to identify genes that affect the vulnerability of human stroma to invasion by cancer cells.

Based on experimental results the authors modified a group of genes in human fibroblast cells towards the genetic profile in cow cells, with the modified cells showing increased resistance to melanoma invasion.

The results demonstrate that differences in malignancy rates between species may, in part, be caused by species differences in the resistance of stromal cells against invasion.

The findings also suggest that the higher metastatic potential of human cancers may be a consequence of an evolutionary compromise, allowing for better fetus development at the expense of more deadly cancer outcomes later in life.

Making human cells more resistant to the spread of cancer by manipulating their gene expression – effectively making them similar to cow cells – could lead to therapies to make tumors more manageable rather than eradicate them, which brings with it the danger of selecting for resistant tumors.

Alongside senior authors Levchenko and Wagner, first author of the study was Dr. Kshitiz, Associate Professor of Biomedical Engineering at the University of Connecticut. The collaborators are members of the Cancer Systems Biology at Yale (CaSB @ Yale) program, funded by the National Cancer Institute.