Understanding how cancer cells divide, grow, live and die has long been recognized as one of the greatest challenges of modern science.

Moving beyond traditional rules of logic, today’s scientists are combining different perspectives in a dynamic ‘systems’ view of complex cancer pathways – and towards the promise of improved patient outcomes.

One such partnership between Yale and Memorial Sloan Kettering, New York, has brought together experts traditionally seen as being on the opposite ends of the science spectrum – coupling knowledge of quantitative systems biology with the clinical setting to realize new discoveries in the way cancer cell networks mutate and resist treatment. 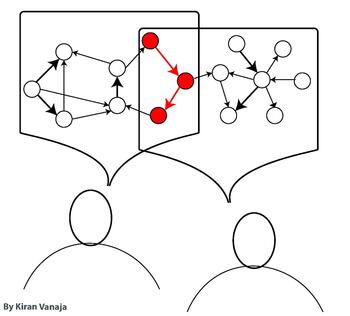 Confronted with thousands of molecules in each of these networks – coming together into so called ‘pathways’ that control everything a cell does - the partners first homed in on an important question.

“We start from the context of what our bodies do to battle cancer, and the simple idea that if something is broken, we will try to fix it,” said Andre Levchenko, the John C. Malone Professor of Biomedical Engineering and Director of the Yale Systems Biology Institute.

“However, this simple paradigm frequently does not work, since pathways and networks of molecules have complex feedback mechanisms that are altered in diseases such as cancer.”

In collaboration with co-author Neal Rosen, Professor of Medical Oncology at Memorial Sloan Kettering Cancer Center, the team focused on components of the frequently studied cancer cell pathway PI3K-AKT-mTOR, which is activated by growth factors, particularly the role played by a frequently mutated molecule that negatively controls this pathway, called ‘PTEN’.

“We discovered that PTEN abundance and its effect is controlled by the pathway itself, leading to unusual negative feedback regulated by mRNA, the second step which carries our genetic information needed for protein synthesis, rather than at the DNA level,” continued Levchenko, senior co-leader of the study, which was published today in Molecular Cell.

The scientists found that PTEN molecules were effectively compensating for the effects of the drugs, contributing to a rebound in pathway activity in tumors and limiting efﬁcacy in drug inhibitors.

The findings are not only of fundamental importance but also opens up new thinking about ways to overcome mechanisms of drug resistance in the clinic setting.

By combining quantitative analysis at Yale with cell and animal data from the Rosen Lab, the partners’ findings provide important clues about how to overcome resistance to cancer drugs in a key target pathway.