Hoy Shen has received a Klingenstein-Simons Fellowship Award in Neurosciences from the Esther A. & Joseph Klingenstein Fund and the Simons Foundation. Shen is an assistant professor of Cellular & Molecular Physiology at Yale School of Medi 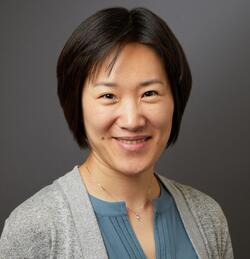 cine and joined the Systems Biology Institute at Yale West Campus in 2020.

The Shen lab studies cellular metabolism as it relates to human health and disease. During the three-year fellowship Shen will undertake a project entitled “Discovering the unknown lipid biochemistry in neurodegeneration”.

A large portion of metabolic enzymes operated in the human brain remain of unknown function and some have been genetically linked to neurological and psychiatric disorders through genome-wide association studies. The research proposes to innovate a full spectrum of metabolomics approaches to “deorphanize” these enzymes – as a window to probe the “dark matter” in neurometabolism.

Hoy Shen obtained her Ph.D. from Yale Molecular Biophysics and Biochemistry in 2013, where she studied lipid metabolism in endocytic trafficking in the laboratory of Dr. Pietro De Camilli, Professor of Neuroscience and of Cell Biology. She completed her postdoctoral training with Dr. Vamsi Mootha at Massachusetts General Hospital and Harvard Medical School where she developed integrated metabolomics and CRISPR screen approaches to study mitochondrial metabolism.

The Klingenstein-Simons Fellowship Awards in Neuroscience support early career investigators engaged in basic or clinical research that may lead to a better understanding of neurological and psychiatric disorders. The fellowship awards promote high-risk, and potentially high-reward, projects.