The simple act of breathing is among the most familiar ways we convert nutrients to energy – inhaling molecules of oxygen and harmlessly breathing out unwanted material.

But when our usual disposal mechanisms fail, the accumulated electrons can produce the kind of toxic event that causes many diseases, including cancer.

Studying life processes like an electronic circuit, scientists at Yale’s West Campus have devised a novel 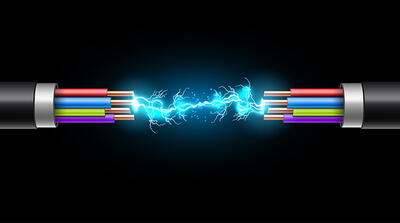 way to identify the underlying mechanism that relieves oxidative stress as part of so-called biochemical reduction-oxidation (or “redox”) reactions.

Published in PNAS, the researchers found a new escape route that acts to defuse these ticking time bombs – a wire made up of chains of amino acids that are present in a third of all proteins.

Overcoming challenges that have hampered past protein conductivity studies, the team used a 4-electrode technique to measure electron flow in individual protein crystals.

Although electrons had previously been observed “tunneling” through proteins, the team discovered electrons “hopping” over distances greater than a thousand times further than previously observed.

“We are answering a long-standing question of how electrons travel far through a protein,” said senior author Nikhil Malvankar, assistant professor of Molecular Biophysics and Biochemistry at the Yale Microbial Science Institute.

The findings have implications for a wide range of applications such as artificial photosynthesis and the design of new biomedical materials.