Among animal species, cell types vary greatly in their number and kind, playing an important role in the structural and functional diversity of all organisms. But the molecular mechanisms that determine the evolution of novel cell types are poorly understood.

Cells with similar functions, or cell types, in different animal species are related both by an evolutionary line of descent similar to the relatedness of species themselves and by a developmental line of descent in the embryo. 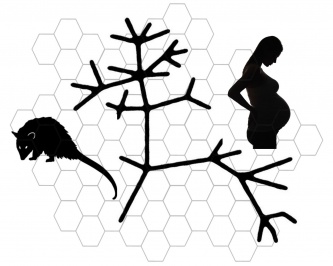 Critical to comprehending fundamental aspects of human biology, Yale scientists have moved closer to resolving the riddle of how new cell types arise by studying tissue cells from the uterus of humans and opossums, two distantly related mammals.

Published today in the journal PLOS Biology, researchers at Yale’s Systems Biology Institute describe how a novel cell type - the decidual stromal cell - evolved by rewiring an ancestral cellular stress response, an important mechanism in the evolution of this cell type.

By treating precursor decidual cells with “pregnancy signals”, the researchers were able to compare differences in the way opossum and human genes were expressed. Surprisingly, the scientists found that opossum cells induced a stress response using a similar set of regulatory genes as their human counterparts. In the human cells, these same signals induce differentiation into decidual cells. 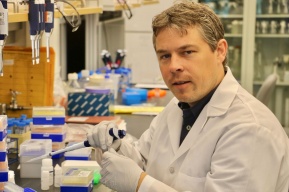 The results suggest that a network of genes responsible for responding to pregnancy-related stress was hijacked and repurposed to function in a different way.

“We are in an age of medicine and therapeutics where we need to know how cells function, and for that it helps to know how cells evolved,” said first author Eric Erkenbrack, a post-doctoral associate in the Gunter Wagner laboratory.

Recent advances in both developmental genetics and complex systems theory are fundamentally changing how scholars think about the evolution of organisms. The laboratory of senior author Gunter Wagner investigates how complex characters evolve by random mutation and selection, and through “homology thinking,” an approach developed by Wagner that questions how traits originate rather than how they get modified once established.

“This is an exciting discovery which shows that environmentally induced gene expression can turn into a genetically fixed novel character in a species,” said Wagner, the Alison Richard Professor of Ecology and Evolutionary Biology.