Jason Crawford will lead the next phase of chemical biology science at Yale’s West Campus, it has been announced. The Maxine F. Singer ‘57 PhD Associate Professor of Chemistry and of Microbial Pathogenesis and principal investigator of the Chemical Biology training grant will reshape the Chemical Biology Institute (CBI), which is focused on the discovery of new biological molecules and their application to problems in biology and medicine. 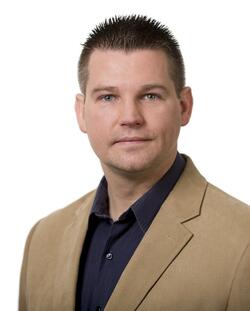 “I am honored to continue Yale’s collaboration at the interface between chemistry and biology,” Crawford said. “Our work has far-reaching significance, and I am excited to reposition the group to tackle significant problems that impact human health.”

Naturally produced molecules often regulate complex interactions with their animal hosts. They hold a rich history of being utilized as human drugs, and serve as molecular probes for identifying new drug targets for a wide variety of diseases.

“I am delighted that someone of Jason’s vision will help bring renewed vigor and scientific direction to the Institute,” said Vice Provost for Research Michael Crair, who has responsibility for Yale’s West Campus. “I have the highest regard for his scholarship and his contributions to Yale and look forward to working with him.”

Crawford has been a faculty member at Yale since 2012. His work has been recognized by the NIH Director’s Innovator award, the Burroughs Wellcome Foundation, the Camille and Henry Dreyfus Foundation, the Damon Runyon Cancer Research Foundation, and the Searle Scholars Program. Crawford earned a Ph.D. from the Johns Hopkins University and completed a Postdoctoral Fellowship at Harvard Medical School.